We’ve been talking a lot about rules, expectations, etc when it comes to writing. Which got me thinking about pen names. When I first decided to pursue writing as a career I had a decision to make. What name did I use to write under? My name? Another? It’s a question I’ve seen many other 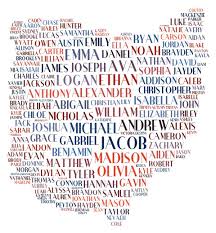 There were a lot of reasons that went into my decision to use a pen name.

2. Work: I have a day job. Honestly, I wasn’t so much worried about the content as I was their reaction to me publishing and having a day job. A few of my co-workers made sure to point out that writing was a game. Not something I took seriously.

3. Success: When I first started pursuing this career if you didn’t sell a lot of books with your debut it made it harder to find an agent/publisher. Everyone wanted a “debut” author. And you could really only focus on one brand to build. It wasn’t common to cross genres.

These three reasons were more or less the catalyst for my decision. In the beginning I had no intention on cross promoting. As far as I was concerned, I would take on a whole new identity with my pen name.  But that’s not path I ended up following.

Now (only a few years later) those reasons no longer ring true for me. Crossing genres is more common. Agents are seeking out writers to offer representation. Publishers are doing the same. You can build a brand with a much wider focus than a narrow one as before. The point is that you are good author and put out solid work each and every time. And write what makes you happy. As for my family…well, my writing isn’t doing anyone any harm. I just make sure to tell warn them up front.

I’m not saying a pen name isn’t important. For some it very much is. Fortunately for me, I have the freedom to write under whatever name I want and can cross promote. So these days if someone asks my opinion on choosing a pen name, I say do what’s right for you. Make a decision that falls in line with your own personal career goals. Publishing is changing, providing more authors with more options. Whether or not you take a pen name is just another possibility for you to expand your horizons. It’s a lot of work to build two different brands, two different names. But there is some freedom to explore as well.

What about you? Do you write with a pen name? As a reader do you pay attention to the author name or just the story?