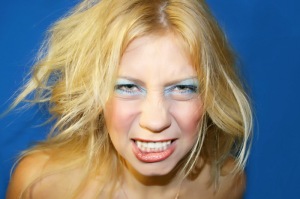 Who doesn’t love a hero or heroine with issues? I know they’re my favorite kind of protagonist. There’s nothing more annoying or off-putting than a perfect caricature character because they don’t exist in real life. We read to find out more about the world, and there’s not much to be learned from unbelievable perfection.

In my upcoming paranormal romance serial novel, Possession, Cara Beaumont is the protagonist who falls in love with a man with issues of the otherworldly kind. But even though Dax Allard has his share of issues, Cara’s far from squeaky clean. She has a past she’s been running from–something that was really fun to write (er, in a weird “writers like to torture their characters” kind of way).

One of my favorite shows of alllll time is The Walking Dead. I was heartbroken when Shane became a bad guy because I thought he really had a lot of potential as an anti-hero. He truly loved Lori, but we automatically wanted her to get back with Rick because he was her husband and the father of her child. Still, we could understand Shane’s point of view as well. I would’ve loved to have seen that dynamic play out further.

So, what about you? Who’s your favorite damaged heroine or anti-hero?