Supernatural creatures—how we love them. There’s something about escaping into a fantastical world where (almost) anything’s possible, isn’t there? 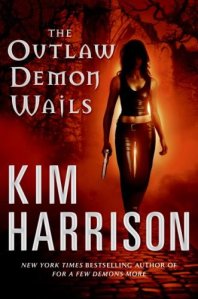 I’m not currently working on anything supernatural, but I’ve had a major hankering to read about demons. Why demons, you ask? Well, I love a character with a flaw. And what’s more flawed than, um, being intrinsically evil? It’s likely the same reason that motivates me to read about serial killers or psychopaths. It’s voyeuristic and informational at the same time. And I have to admit, I love learning bits and pieces about demonology. Constantine is one of my favorite movies EVER.

Possibly one of the most interesting things about demons and demonology is how writers create their own spin on it. For instance, in the TV show Buffy the Vampire Slayer, even vampires are said to be demons. Basically these demons take over a person’s body, “evict” the person’s soul from his or her body, and then inhabit that body until they’re killed. There are also demons that freely roam around the supernatural plane and occasionally step into our plane, which makes for some interesting and kick-ass moments. 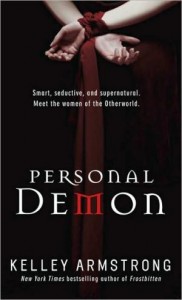 As far as literature goes, I’ve read some of Kelley Armstrong’s Otherworld series, and I love the demons as she portrays them, too: with different types of powers, and differing levels of those powers depending on what kind of demon they are. There are good demons (oxymoron?) and bad demons, and they’re well-portrayed, for the most part.

I’ve had two other suggestions on what to read to cure my demon hankering: Kim Harrison’s Hollows series and Personal Demon by Kelley Armstrong (one of the Otherworld books I haven’t read as yet). Do you have any others to add? What’s your favorite supernatural creature?

4 thoughts on “A Hankering for Demons”